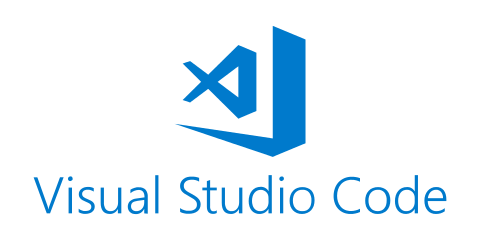 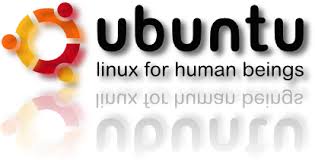 PRO-VERSION NO LONGER SUPPORTED: As I relied on Google services to distribute the application in it's Pro version unfortunately Google has withdrawn the dependent service and so the "PRO" version will no longer be available. Feel free to make use of my Lite Version. If you have any queries please do not hesitate to use the Contact button to email me.

"This is my personal vision of how I have always wanted a windows based backup application to look & with the features I need, all in one old school intuitive user interface."

If you require more flexibility(e.g. more system images & changing the weekly schedule) & want to support development, then for about the price of a cup of coffee you can make an appreciation purchase of my 'Pro' version by clicking the 'Support' button (see image below) of this application after downloading and installing the MSI file.

Purchases are made securely via PayPal's online payments system. 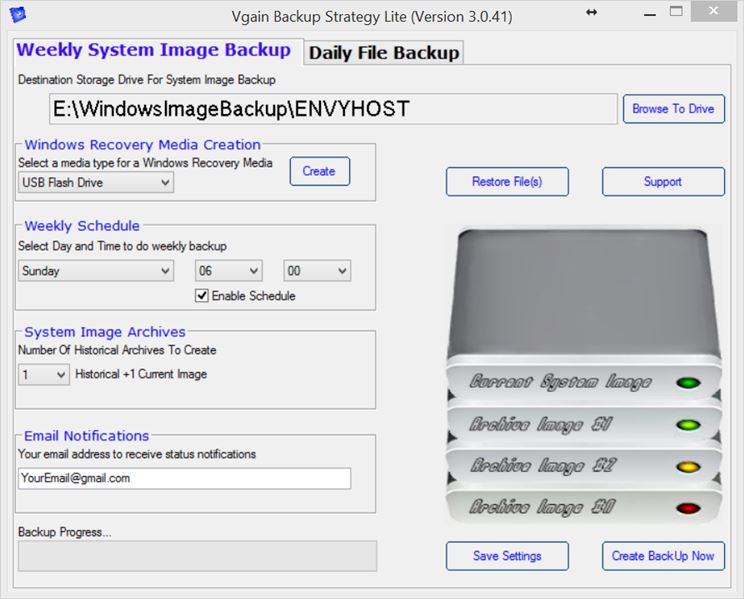 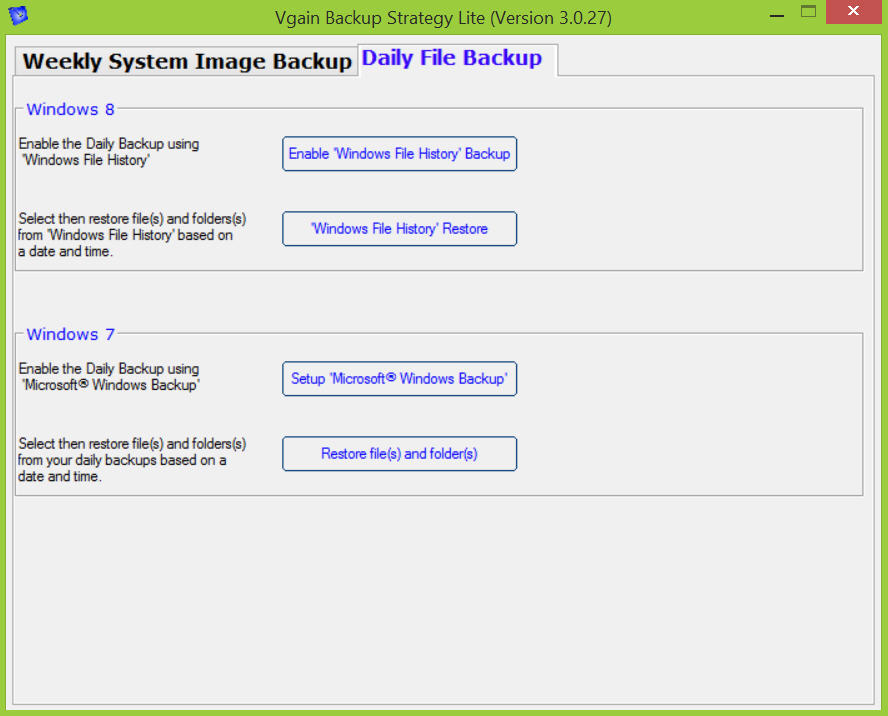